Artash Nath In September 2020,  I came across the University of Toronto Aerospace Team (UTAT) while searching for communities centered around rocketry and aerospace. UTAT is an award-winning interdisciplinary team […]

By wonrobot Posted on 2 days ago

Artash and Arushi Nath On 2 December 2020, we did a live stream with the Raspberry Pi Foundation on their Digital Making at Home series. It was a fascinating opportunity […]

Artash Nath, Grade 8 Student. Toronto is in lock down mode.  Street are silent and sky is starry. It reminds us of the Van Gogh’s painting, The Starry Night What […]

Arushi Nath Every year January 17 is celebrated as the Kids Inventors Day. It is the birth anniversary of the renowned polymath, politician and child inventor Benjamin Franklin. I was […]

Artash Nath and Arushi Nath Pioneer Update (8 December):  I discussed my project with researchers and machine learning engineers. I now plan to expand the algorithm to include Generative Adversarial Networks […] 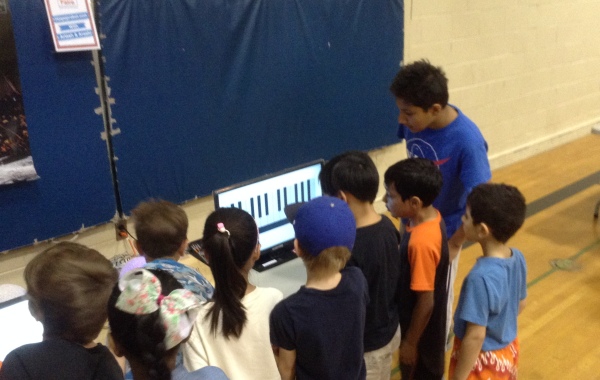 Artash Nath, 13 years. Robots are usually associated with automation, science, and engineering. But can robots have other talents? If you play a melody to a robot, would it be […]

Arushi Nath, Grade 4 The 2019 Toronto Science Fair was held on 6 April 2019 at the University of Toronto, Scarborough. Hundreds of school children were there to demonstrate their […]

Breakfast TV Toronto: Conversation on Space with Artash and Arushi

On 14 January 2019, Artash and Arushi appeared on Breakfast Television Toronto to share their passion on space,  science and robots. They were interviewed by the show hosts Dina Pugliese […]

The 2018 Toronto Science Fair was held on 25 May at the University of Toronto, Scarborough. There were hundreds of school children participating in the same with very creative and […]

Artash Nath I am a Grade 6 student and a member of Royal Astronomical Society of Canada (RASC) – Toronto. One of the best parts of being a Member is that […]